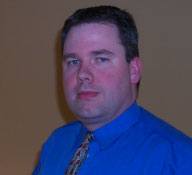 I have coached athletes from all over the world on the mental aspects of their game. Many hockey players come to me struggling with a specific problem such as lack of aggressiveness digging the puck out of the corners, scared to take the shot, goalies struggling with the stress, anxiety and mental demands of their position to an overall lack of confidence in hockey. I also have worked with both parents and coaches who want to help grow their hockey athlete's mental game and become better hockey parents and coaches themselves. There is a link to an e-book I have put together at the bottom of the page that can provide every parent with at least one tip to become a better sports parent.

​Having a career as massage therapist for 23 years and a medical acupuncturist for more than 11 has given me the opportunity to treat thousands and thousands of athletes for all kinds of physical injuries. In addition, I have also been coaching baseball for the last 12 years, educated as a NCCP baseball coach. Through all my years of treating and coaching athletes, the area I have found lacking the most, not only in hockey but in every sport, is the mental game of athletes. Most coaches, although trying their best, don't have enough time or knowledge to develop strong mental toughness skills in their hockey players. Besides offering a cliche or two like "stop overthinking", "believe in your self" or even telling them to visualize themselves making the perfect shot or save.  Very little time, if any is spent on the mental skills of hockey. Many players are are not playing to their true ability, not because of their physical skills but because of their mental game.

​This is the major reason I decided to become a Mental Toughness Trainer. No hockey player would ever expect to succeed with out first being taught how to do the physical skills of their game like skating, checking and shooting. Then they spend countless hours devoted to practicing and developing those skills. The mental game is no different. Athletes need to be taught the skills of Mental Toughness and then practice and develop those skills just as they do their physical skills.
​

​​​This is where I come in. Whether you are dealing with an acute problem like lack of confidence, or you've lost your confidence, lack of aggressiveness, stress or any other mental struggle or maybe you just want to take a proactive approach to your mental game. I can teach you the skills you need to take youl game to the next level, especially if you have scholarship or NHL aspirations.
​

The old adage holds true to the mental game as well. "There is someone out there working harder than you". Don't let their mental game beat yours. 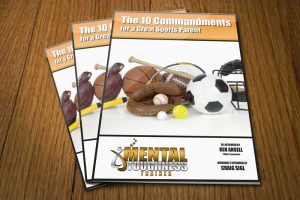